We’re celebrating ‘International Tequila Day’ with a margarita and a quick history lesson. Turns out, there’s a ton of stuff we didn’t know about Mexico’s fave drink.

Mix it in a margarita or give it to us straight, we’ll never say no to a bit of tequila. And seems were not the only ones! It has been around for centuries. And like many famous drinks, it’s exact origin is unclear. Many believe it dates back to the sixteenth century when Don Pedro Sánchez de Tagle took advantage of the vineyard ban from King Philip II of Spain and started harvesting blue agave instead. Thus becoming known as ‘The Father of Tequila.’ And just like champagne, it can only be called ‘tequila’ if it is produced and bottled in Mexico. More specifically the state of Jalisco and limited other regions. Given it was such an important part of Mexican heritage, the Mexican government declared the word ‘tequila’ as it’s own intellectual property in 1974. According to liquor.com, this meant that the spirit now had to be made in particular areas of Mexico, as well as making it illegal for any other countries to produce or sell their own tequila. Who knew! 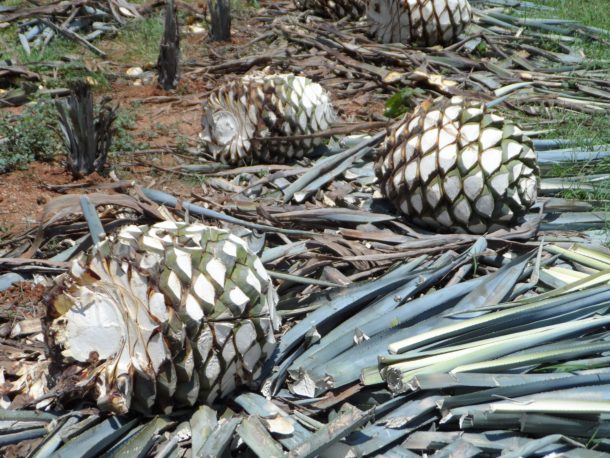 How To Make It

It’s pretty simple when it comes to making tequila. Every single bottle of the delicious spirit is made from blue agave. The pina, or the heart of the blue agave is the sweet spot, full of sugars and hence why it’s used as part of the tequila making process. According to Huffingtonpost.com, specialised agave harvesters are know as Jimidores who determine if the pina is ripe, a particularly difficult job given the pina is covered in thick, spikey leaves. When you think of tequila, what’s the first thing that comes to mind? For most of you, you probably said ‘lick, sip and suck.’ Am I right? But did you know that’s actually the wrong way to drink it? The whole idea of shots was a result of bad product hitting the market and a quick way for you to drink it. Nowadays, there is so much amazing product on the market. So the best way to drink it is to sip it slowly. That’s right, just like you would a nice whiskey.

Now that we’ve delved into the archives, we’re feeling a little thirsty.. Why not join us for a sample?